'Oosterschelde in Onderhandeling' or ‘Oosterschelde Negotiations’ is a serious game through which participants become acquainted with the ecological politics of the Oosterschelde. The climate is changing, and so is the landscape. Subsidence and rising sea levels put pressure on the relations between society and nature. The players are encouraged to reflect on the diversity of voices that ought to be heard in the process of collective decision making regarding climate mitigation and/or adaptation.

The serious game is inspired by the French philosopher Bruno Latour and his concept of a Parliament of Things. By taking everything to be a “thing” or an “actant” we place humans on equal footing with their environment. Without this hierarchy we create a novel politico-environmental sensibility which sheds new light on our democratic system. Rather than enforcing human perspectives upon our environment The Parliament of the Oosterschelde invites non-humans to the table and gives them an equal voice, a concept that was originally developed for a design competition organised by the Embassy of the Northsea.


In the first phase, players will be introduced to the political question of the Oosterschelde and the political actor they will represent. Hereafter, players will construct a web that reveals the dependencies between the different human and nonhuman actors inhabiting the Oosterschelde. Finally, players will enter into negotiations on the basis of different dilemmas. The network of dependencies is being put under pressure and players are forced to collaborate in order to protect their collective interests as best they can.

The three dilemma’s the players face are concerned with the artificially sustained sandbanks in relation to the use of sand to protect the land, the freshwater supply for farmers and, finally, with the opening or closing of the Oosterschelde barrier. All dilemmas play within a timeframe of the next 80 years. Furthermore, the dilemmas are alternated with case studies all around the world showing similarities and possible futures. The decisions made by the players on the future spatial arrangements of their habitat will be shown on the installation. 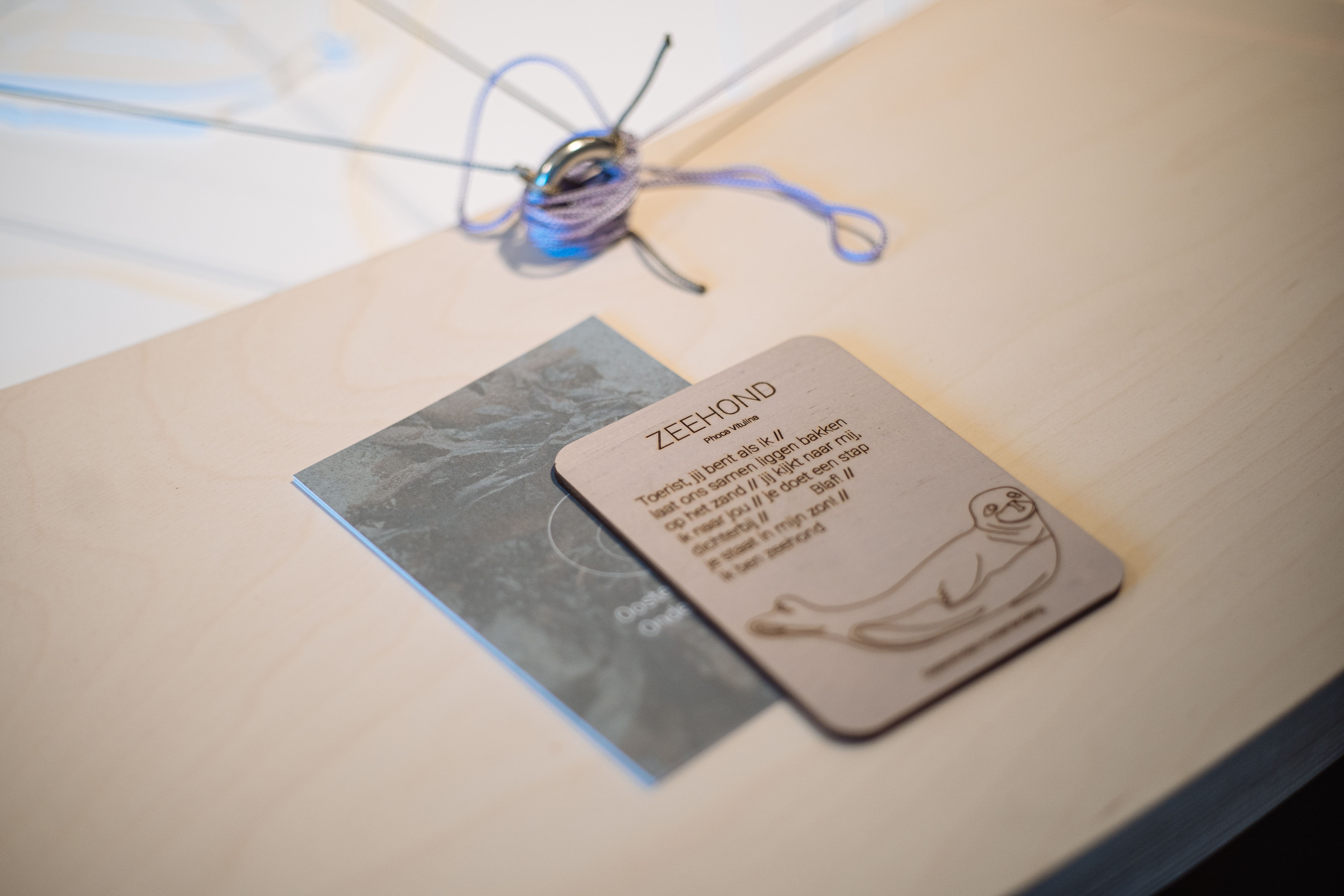 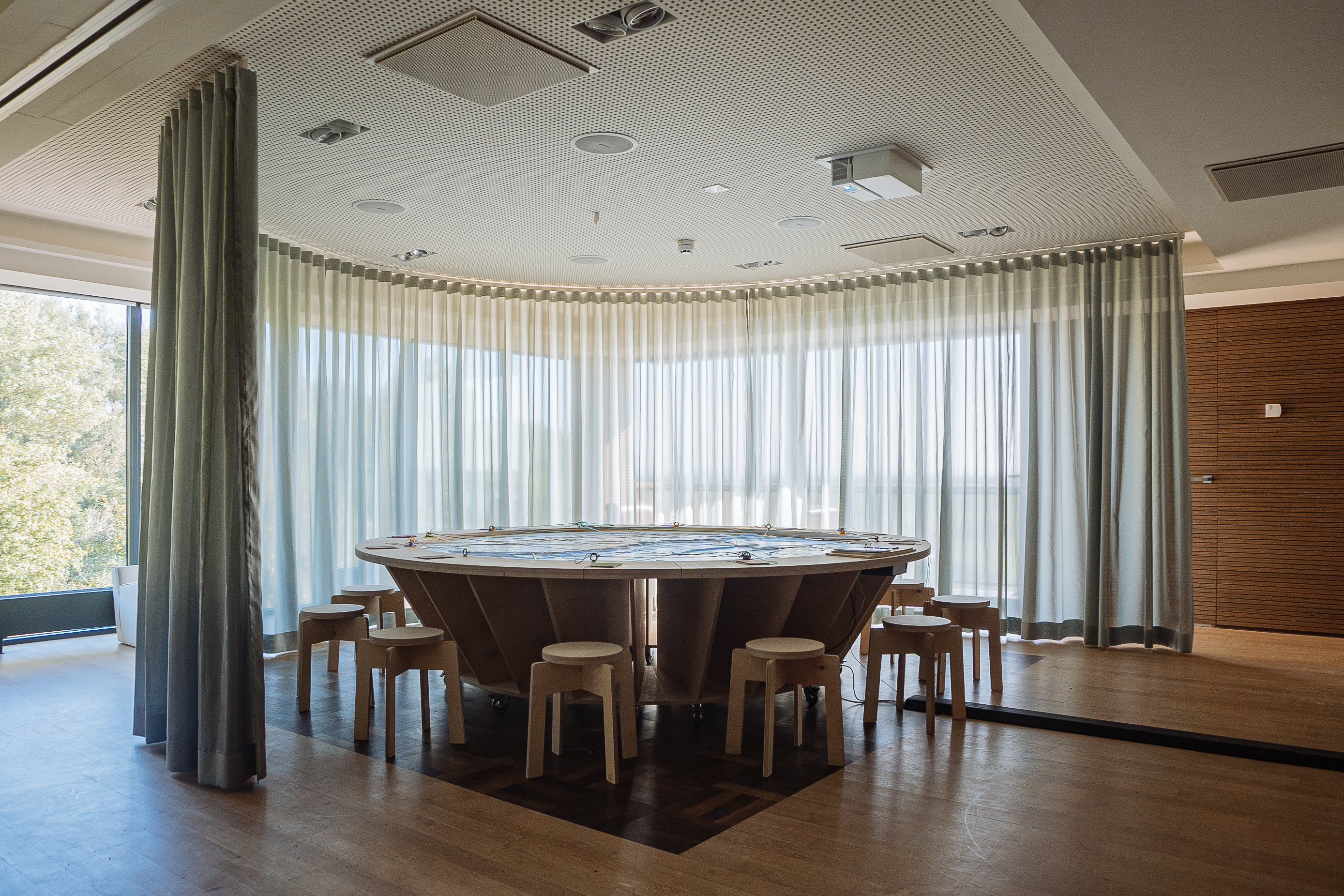 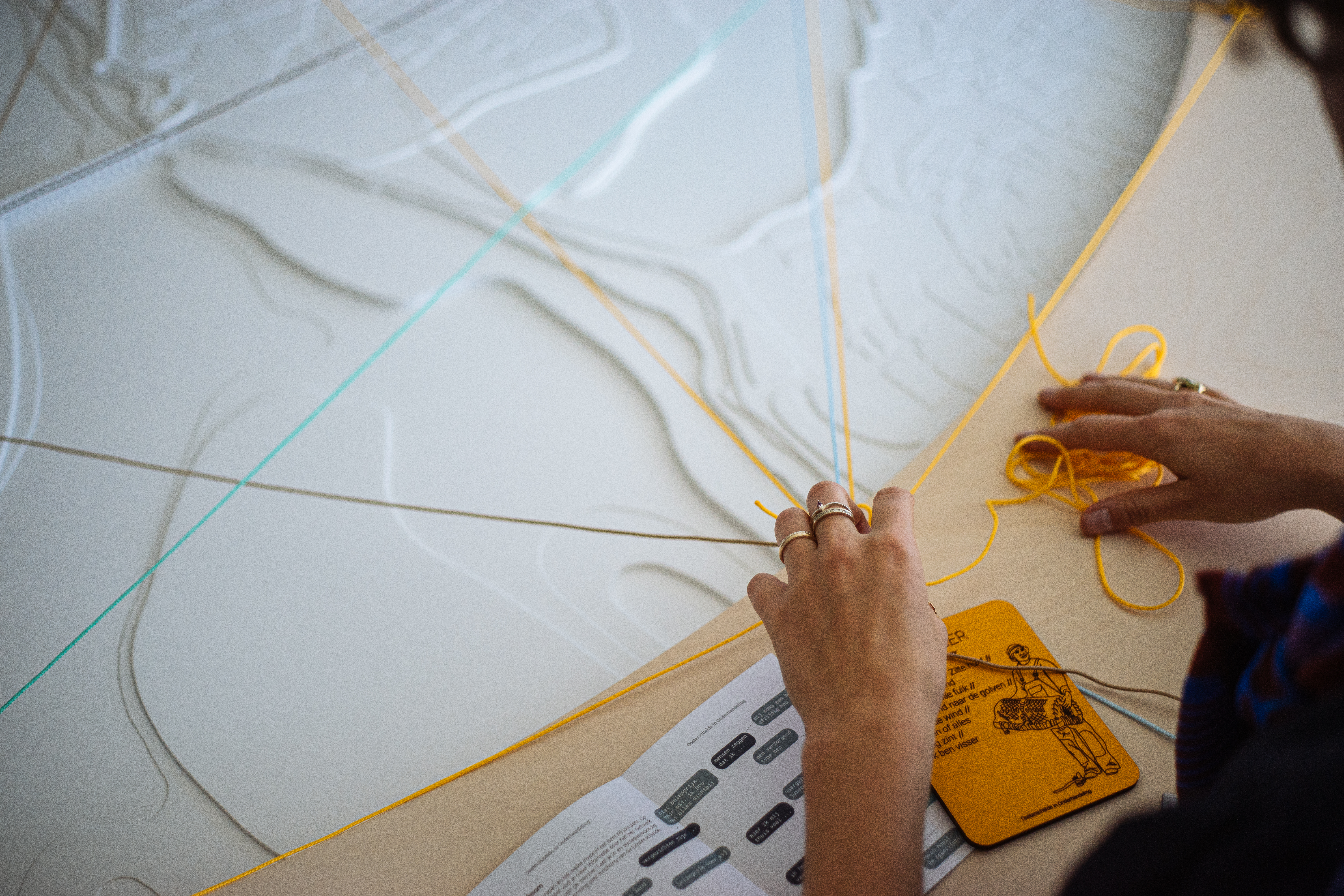 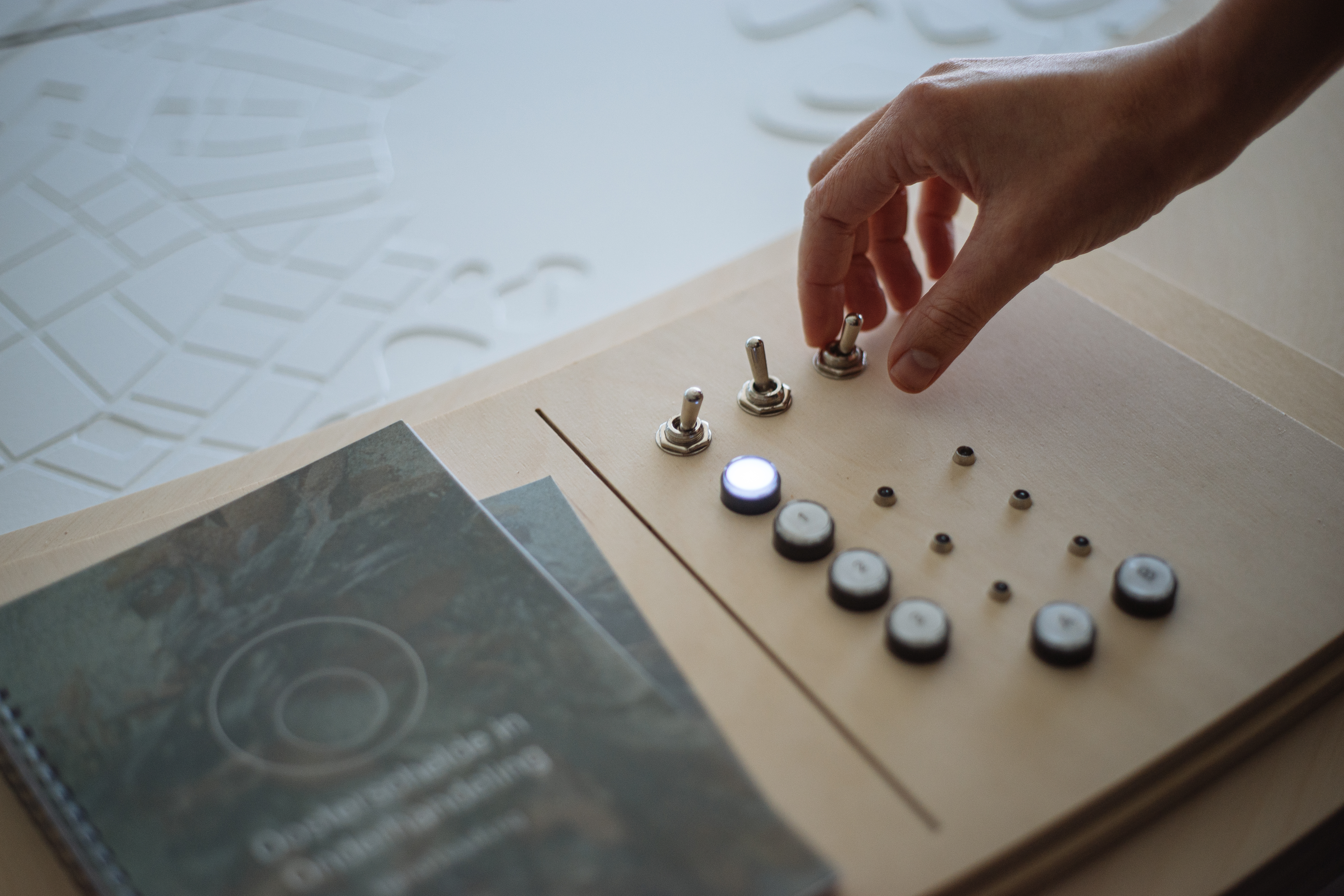 The serious game is centred on a conference table in the Watersnoodmuseum where players can take one of the 12 seats. A curtain encloses the installation to create an intimate space for dialogue, while natural light still shines through and players stay connected to the Oosterschelde landscape. A model of the region functions as the playing field. Playing cards with the different “actants” represent the human and non-human inhabitants of the region. The players are guided through the game environment with the help of voiceovers, soundscapes, drone footage and animations, all of which are integrated in a central dashboard operated by the players themselves.

related projects: Give a Voice to the Northsea & Het Parlement van de Dingen