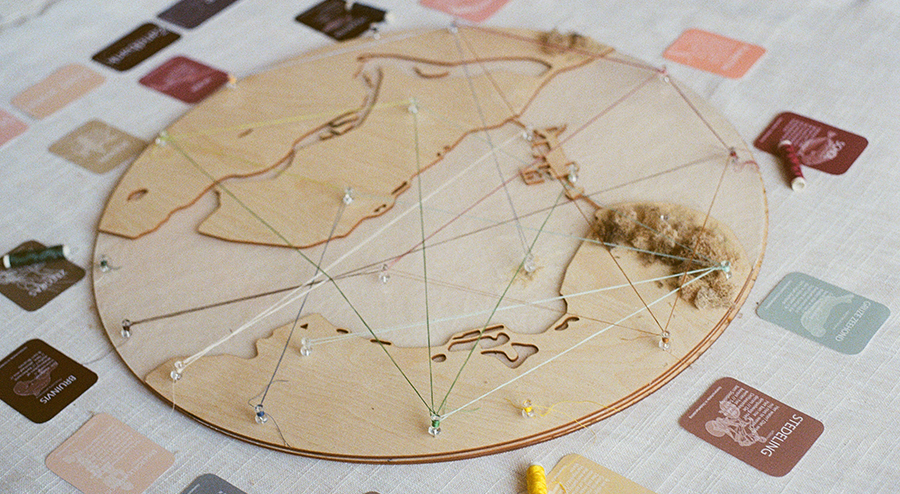 Give a Voice to the North Sea

In our age of planetary change, relations between human and nonhuman inhabitants of the Earth constitute a new form of geopolitics. To house this geopolitics, the French philosopher Bruno Latour has proposed a new parliament to help us engage with the politics of nature. With our project “Give a Voice to the North Sea” we developed a game using this concept in a very precarious area of the Netherlands. We used the Oosterschelde as a case study for diplomatic encounters between plants, humans, and nonhuman animals.

The new parliament Latour suggests is called “The Parliament of Things”. By taking everything to be a “thing” (or an “actant”) we place humans on equal footing with their environment. Without this hierarchy we create a novel politico-environmental sensibility which sheds new light on our democratic system. Rather than enforcing human perspectives upon our environment The Parliament of Things invites non-humans to the table and gives them an equal voice. 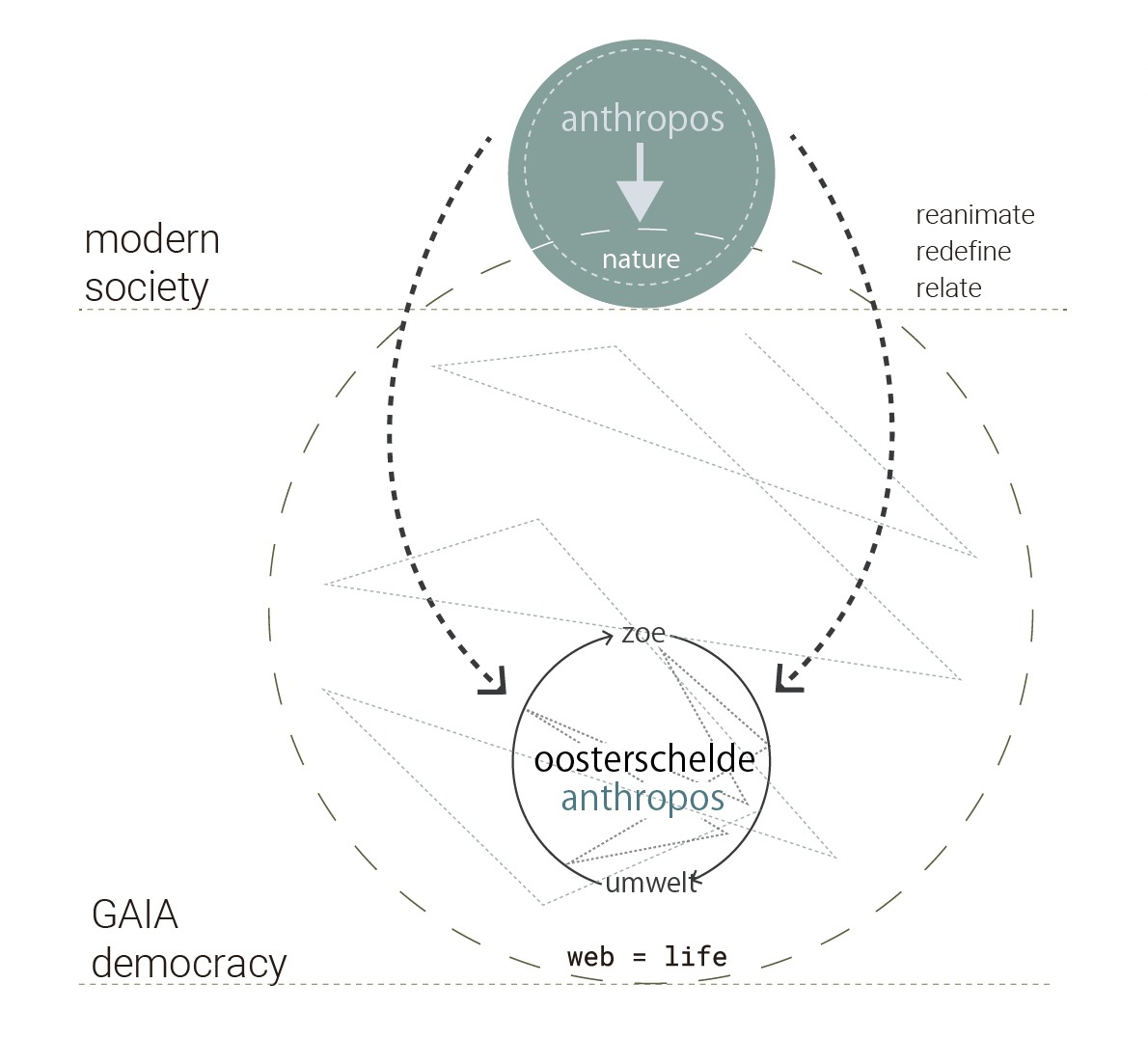 This diagram shows how the anthropos (the human) has placed itself above and partly outside of its environment. By ignoring its connections to the network of its surroundings it has created a “modern” society that destroys and transforms Earthly life. We envision the anthropos to slowly sink into their environment by reanimating and relating to all that is non-human.